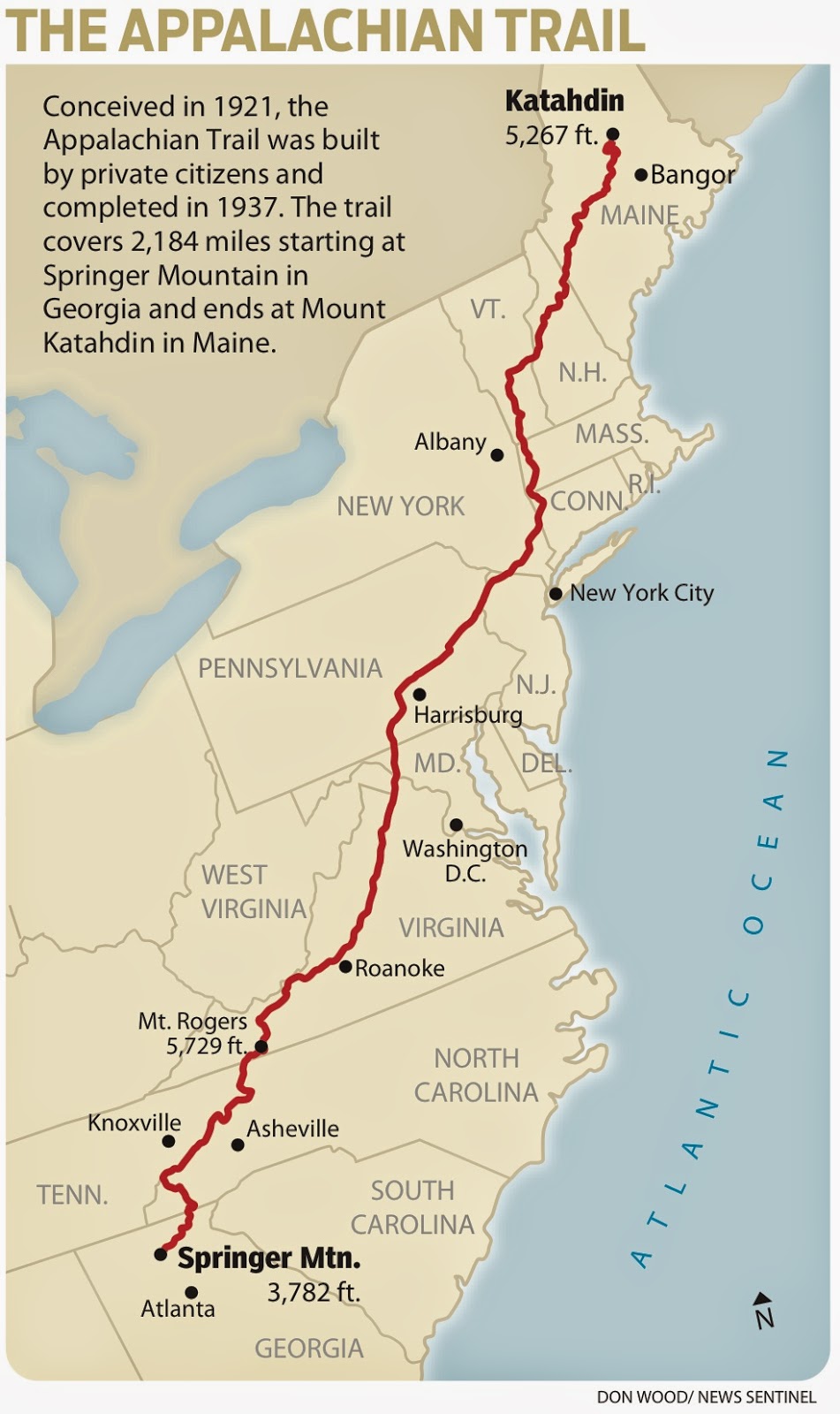 The Appalachian Trail, better known as the AT, is the longest hiking-only footpath on the planet. It spans almost 2200 miles from northern Georgia, to Baxter State Park in northern Maine. It winds and climbs through 14 states: Georgia, North Carolina, Tennessee, Virginia, West Virginia, Pennsylvania, New Jersey, New York, Connecticut, Massachusetts, Vermont, New Hampshire, and Maine. It is the first of the North Americas "big 3' long distance trails. MOST thru-hikers start with this trail due to its proximity to so many towns and the population of the East coast.

Some interesting facts: (via appalachiantrials.com)

Find more information over at appalachiantrail.org