The Summit.
Getting there can be an addiction. Getting back down typically involves even more danger. Conquering the mountain can and will lead to certain brushes with danger, and health risks, including fatigue, and elevation sickness to name a few.
Some mountains you’re scrambling up shale, loose rock, and fields of scree while others require crampons,  ice axes, and what seems like endless amounts of  rope, dozens of pounds in mountaineering gear.  Don't forget, you have to go back down.
One thing is for certain: once you get a taste of the clean crisp and splendid air on the summit of a mountain, all you want to do is summit more of them…
Posted by kristoHIKES at 1:29 PM No comments: 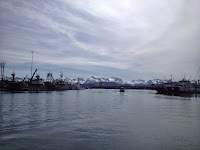 Well, after a summer spent in the 49th state of the union, Alaska has instantly became my new mecca. I dream of the day I can go back and live that Alaskan lifestyle again. 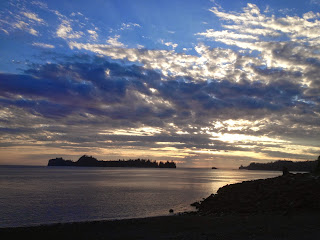 I spent the summer working for Alaska State Parks, in Kachemak Bay State Park. It is located across the bay from Homer which lies at the Southern tip of the Kenai (keen-eye) Peninsula, about 4 hours south of Anchorage. Homer was my home when I was not out hiking and working the trails in Kachemak Bay State Park (K.Bay) clearing trails, building bridges, and being allowed some of Alaska's wilderness and back-country as my playground as well as working environment. What I was doing was actually volunteer work. In exchange for volunteering for Alaska State Parks, we were basically volunteers for the Alaska Conservation Corps (ACC). I was allowed residency in a house owned by the state for the 6 of us volunteers to live in while we weren't working across the bay. We were also given a van to use for errands around town and gas card to keep fuel in the tank. We were also given a food stipend to pay for our food while. So, to sum it up, a free place to live, a free vehicle to use, and food money, to work and play in Alaska all summer. Not a bad gig. 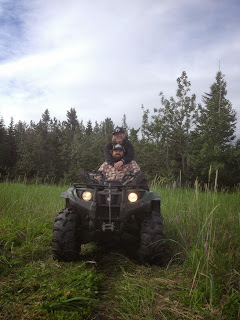 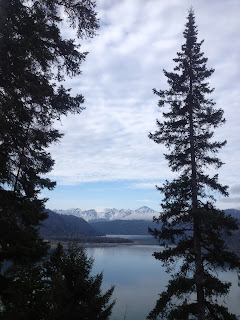 K.Bay SP is located across the bay from Homer, so in order to go into the park, you have to take a boat, water taxi, or bush-plane/heli. It is possible to kayak across the bay, but it is dependent on conditions. Sometimes the bay can be as calm as glass, or sometimes it can be huge swells that can take your boat down!! To take a water taxi across the bay, can run upwards of 80 dollars round-trip, per person. So it's not very cheap, leading to a park that is relatively empty most of the time. Several locals would tell me that they had only been across the bay a handful of times in all the years they lived there. Especially if they weren't part of the huge fishing industry.
So the fact that I was shuttled back and forth in the State Parks awesome landing craft, was just another amazing perk to working there all summer. I was able to get unlimited access to one of the most beautiful places I've ever witnessed, for free. 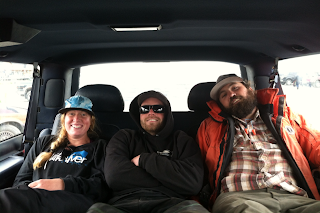 Arriving in May we spent two weeks in training becoming comfortable with the states tools, policies, and protocols. We then went across the bay to start hiking the trails toting chainsaws and fuel and cutting all the trees out of the trail that had toppled during the harsh Alaskan winter. After we had pretty much cleared all the trails of fallen obstacles, it was time to cut the foliage, grasses, ferns, and insane amount of growth that springs up, pretty much making the trails impassable unless we mitigate the growth, by hiking and re-hiking, and re-re-hiking some of the trails until they were clear enough for users to pass without getting lost or losing the trail.
At the end of the summer, we were given the opportunity to replace a washed out bridge. It had been washed out for nearly 5 years and was originally a bridge made out of spruce trees they fell. Now, thanks to many years of grant work and bureaucratic snafus, a 65 foot fiberglass bridge constructed in Pennsylvania, then shipped in parts on a crate up to Homer, we were the ones who got to put this big thing together. It was awesome to be a part of such an awesome crew, doing such an awesome project. We had lots of fun, braved bugs and weather, and bears and bugs. oh and bugs. Mosquitoes, Black and Salmon Flies, No-See-Em's, a never ending swarm of bugs trying to fly in your mouth, nose, ears, and to drain every ounce of blood in your body if allowed. 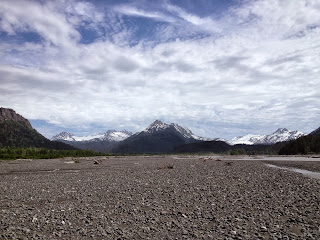 Homer itself, is an awesome community. It has a bohemian element, with a taste of working class and some retirees as well. It is a huge fishing hub for Alaska, known as the Halibut Fishing Capital of the world. Also, for the 'Deadliest Catch' enthusiasts, it also is the port for the famed 'Time Bandit' crab vessel from the hit show on the Discovery Channel. 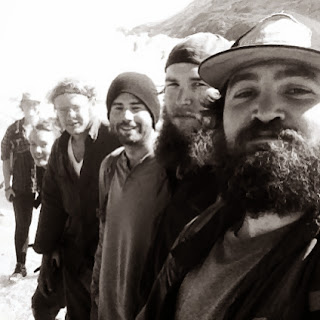 Alaska is also filled with so much art. There are so many amazing artists and styles and types of art, and it seems there is a never ending number of shops, studios and museums where you can go to view and feel the art and creation and energy being expended. It is one of the most amazing communities I've had the privileged of being part of. And with any awesome community, comes the people. The people are truly what make a community, tribe, group, crew, really feel like something special, like extended family. The crew I was thrust into ended up being incredible. The house I lived in, I shared with 5 other people. Three buddies from Virginia, Bradley (Adam), Elder (Andrew) and Joe. Then there was Pat, the awesome cat from Chicago, who had friends who grew up in Homer, who always told him stories of the awesome place that it is, so he decided to spend a summer finding out for himself. There was Paige, from Michigan, going to school for the maritime acadamey, working in the depths of ships diesel rooms, spend a month and half as well. Then there is Sara, better known in the online community as 'Bloodbank' my amazing friend that I hiked parts of, and finished in the same group as, on the PCT. We all formed tight bonds and spent a summer just having lots of fun and doing some awesome work. 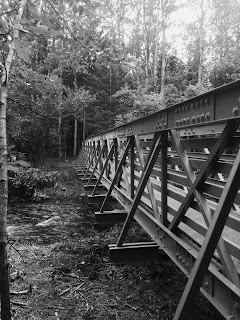 All in all, it was an amazing way to spend a summer, and the fact that it was in one of the most amazing places I've ever been only made it better. Homer will always hold a piece of my heart, I can't wait to get back there someday. 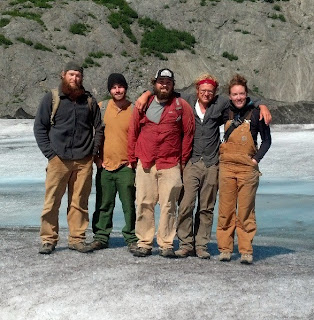 Posted by kristoHIKES at 12:58 PM No comments: